Pixar is what Disney used to be. I know, I know, Disney owns Pixar. So, even if Disney can’t make a quality animated film any more, at least it still knows a good thing when it sees it. The first three films on this list are also my top three overall animated films, but this list remained difficult to compile for a few reasons. First, Pixar has only made 13 animated features. Second, which three get left off this list â€“ for me those are A Bug’s Life, Up and Brave. And, most importantly, the first five on this list are so good it is hard to put any of the others in the same category.

As an extension of “Pixar is the new Disney,” John Lasseter is becoming the new Walt. His vision and storytelling are climbing a mountain scaled by very few. He has also had the insight, or is it foresight, to identify remarkable talents like Brad Bird and Andrew Stanton. They each have two of the films on this list. But now they have begun to dip their toe in live action film making, with varying success. Is that pressure from Disney? or a natural outgrowth of their creative drive?

That leads to an even more compelling question. Will Pixar be able to continue to add to their stable of talent and extend the success of Pixar? Toy Story 3 and Brave featured first time directors for Pixar. The third Toy Story installment was a fitting and compassionate conclusion to the trilogy. Brave, however, seemed to step into some murky Disney waters. Let’s pray Pixar continues to succeed. Every kid, after all, needs a little Disney now and then. 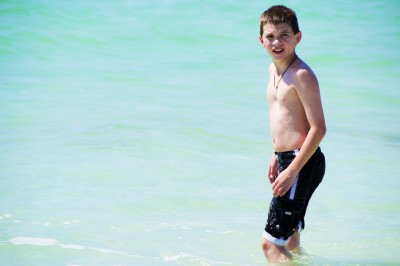 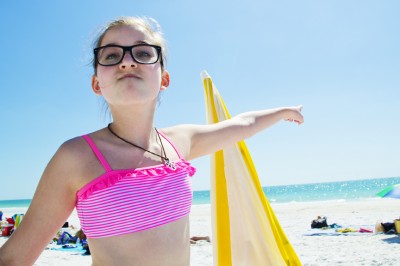 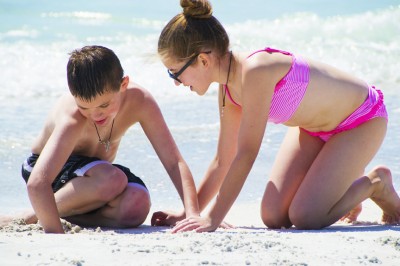 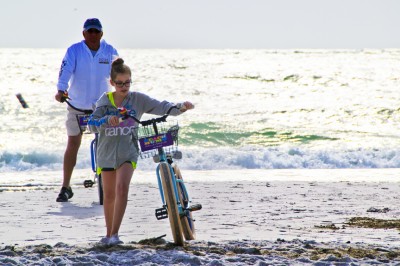 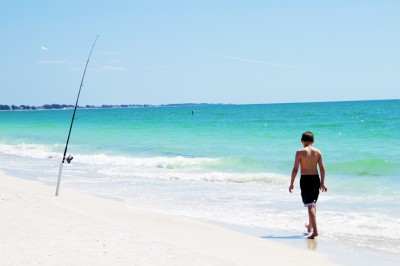 I went to Florida to see where I had lived there, maybe play a little golf and definitely devour as many blackened grouper sandwiches as I could. Thought I would take some pictures of the place to keep as reminders for my failing memory. But all the time, there the kids were. In the back seat. On the beach. Sitting across from me and my blackened grouper. And I’ll be darned if that wasn’t me with a camera in my hands taking pictures of them. Where did it all go wrong? Well, it didn’t go wrong. Here are a few of the shots I got of them. You be the judge on which are the better memories.

Pathetic escapism where I can find
Selfish solutions to help me unwind.
When reality reads the riot act,
I ignore the facts

to seek a virgin landscape.

Life’s problems are clear.
Putting them aside doesn’t make them disappear.
When calmer climes of imagination call,
I must force myself

to face a rusting reality.

My escape is limited by the solid truth,
But imagined perfection is better than none at all.
When forced to choose between the two,
I prefer embracing both

to battle life in a flank attack. 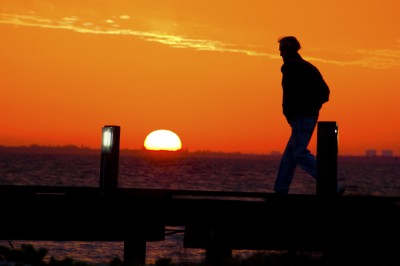 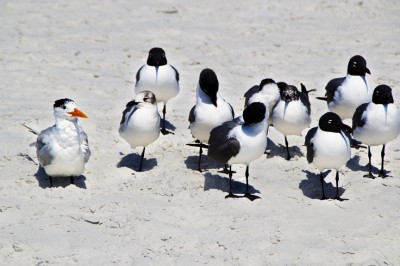 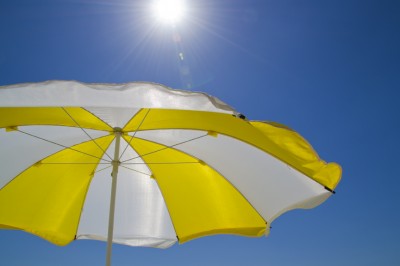 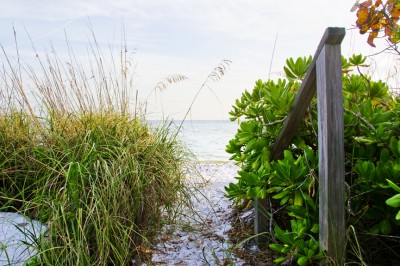 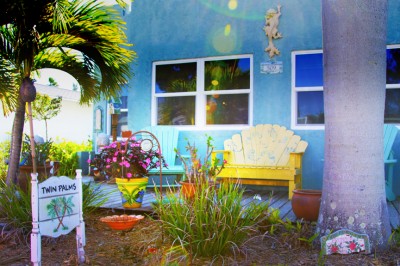 Anna Maria Island is just south of St. Petersburg in Florida, over the Sunshine Skyway Bridge. We spent the week there during Spring Break. These are some intimate images of the place. Pictures of the kids will come later. I had forgotten how much I missed the Florida life. I lived in St. Pete for a few years almost twenty years ago now. The light and the sounds and the taste of the air are all part of my memories. Going to the beach is something you plan here, but it is just something you do there. I was glad to have a small glimpse of that again during our time there. 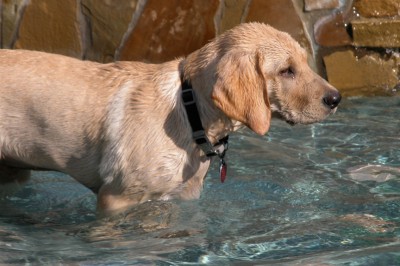 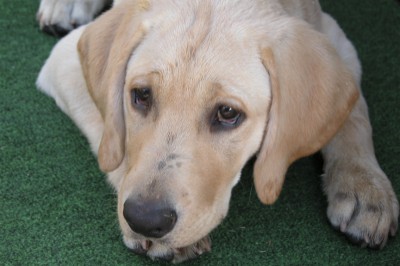 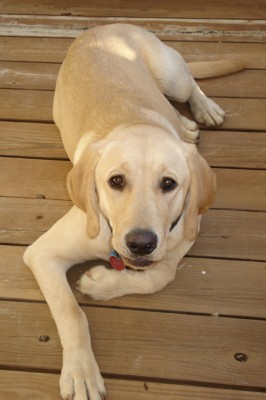 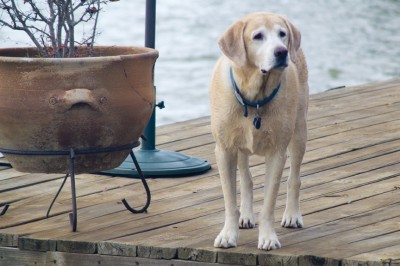 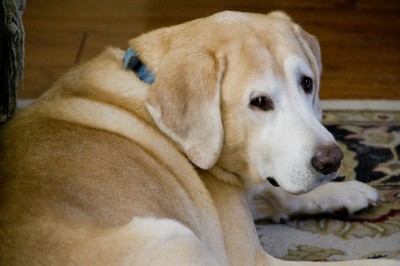 We’re headed to the Florida beaches for Spring Break, and we better not go without a little Bob Marley. I was out of college, working in Dallas when a guy that worked for me turned me on to Marley and sushi. Reggae had always been an afterthought in my musical universe, something about how it was part of the sound of The Police. But Bob Marley is not just reggae, it IS reggae. I have other rasta artists on my playlists now (Jimmy Cliff, Peter Tosh, etc.) but limited selections. Bob Marley, I have it all. His music stands as a voice above any of his compatriots, and I’ve collected a few for this list. If you want to know what reggae is, get Natty Dread. If you want to start with just one song, listen to No Woman, No Cry.

I can’t remember what that guy’s name was in Dallas or the last time I ate sushi, but he gave me Bob Marley, man.

Last year about this time, Jill and I went to a village just north of Jinja, Uganda. We helped build a playground for an orphanage cradled in a bend of the Nile river. I still think of the children there every day, and about the place. I will never forget it. I wish I was there now. In fact, I wanted to stay then. There has been in me a lifelong longing to go and see, a longing I have not often been able to satisfy in my life. But that place was not where God intended for me. He had in mind for me and my family another mission. And it didn’t involve going and seeing, but of being here and doing.

I have been a member of Houston’s First Baptist Church since 1974. I haven’t always attended, or even lived in Houston for all that time. Still, it has always been my church. But my church is not very close to where I live in Houston. Where I live is so far away it isn’t even called Houston any more, it’s called Cypress. The distance didn’t stop us from going, though. We made the drive every Sunday (or most Sundays at least), and all the while our children were getting older. And then they were old enough to start wanting to be with there friends in Sunday school, they even started doing things with their friends from school at their local churches.

That’s when we started looking for a church closer to home, somewhere we could get more involved. We tried a church in Jersey Village and one in Fairfield and another one right here in Cypress. It was the at church in Cypress that we learned about the orphanage in Uganda. I’m sure God had something to do with that, too, but the church still wasn’t right for us, for whatever reason. None of the churches we tried were right for us. So, we went back to First. It was our home.

It didn’t take long to understand why we were back at First. It was just another Sunday. The only difference was we didn’t sit where we usually do. And from that new vantage point Pastor Gregg told us they were planting a new church, like the one they had planted downtown the year before. A new church in Cypress. They had even chosen a pastor for the new campus, Jason Swiggert. No significance for us there, unless, of course, it’s okay to count the fact that Jason married my wife and I in the chapel at First Baptist or that he baptized our daughter, Grace.

For my wife it was a thunderbolt, the answer. I must admit, though, I wasn’t quite as sure. No, my name is not Thomas, but Jesus was going to show me the holes in my thinking. I just didn’t like the idea of “satellite” campuses for big churches. There is another church in town that does that in a big way, and it always seemed to be about the church’s leader, some sort of cult of personality. I wanted a church that stood on its own. I love Pastor Gregg. His spirit and insight in the pulpit (a stage really, now, no pulpit required) is probably the main reason we never really felt comfortable anywhere else. But if we were choosing another church, that meant choosing another pastor. I didn’t want to lose the light of Jesus in the shadow of a man. So, I needed a little convincing.

The convincing didn’t take long either. This wasn’t about Pastor Greg extending his reach. It was about Jesus extending a hand into Cypress. We would set up a church in Smith Middle School on Fry Road every Sunday morning, and we will be new witnesses for Him in Cypress. We would still get Pastor Gregg on the big screens we set up and that makes it, for me at least, the best of both worlds. Heck, I watch him on the video screens now, even though he is right there in front of me on the stage.

Bottom line, this isn’t going to be a “satellite”. It is a new church with it’s own staff and it’s own volunteers and it’s own mission to teach Jesus to all who will hear. And just to prove the point, I got an email from Jason. He wanted me to help. I met him at a coffee shop (okay, it was a Starbuck’s) near the main church, we call it The Loop now since it is located at I-10 and the 610 Loop, not downtown or in Cypress or in Sienna. I told him I’d do anything he needed, but Jill and I really loved being with the children when we were in Uganda and helping with the kids might be a good things for us.

Jill and I are now the 1st and 2nd Grade Bible Study teachers.

I asked him if they were keeping a record of how the Cypress church first came together.

Now I take my camera whenever I go to some planning meeting or event for the new church and help to keep a record of it’s birth.

I didn’t tell him I wanted to help with the physical set-up or tear down of the church every Sunday, the classrooms and the cubicles and the stage and the lights and projectors and the sound.

But Jason needed me to help on the Production Team (fancy name for A/V guy, you know, the geeks at school that pushed around the projectors on carts), and so I’ll be there every Sunday morning at 6 a.m. to help set things up.

And suddenly, this became my mission. Not so far from home as an orphanage in a bend of the Nile river. And my longing? It is still there. That’s how lifelong longings are. But I am on another journey now.